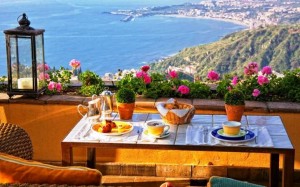 If your relationship is on the rocks and you did not get the results you wanted from a marriage counselor, give hypnotherapy a chance before you call it quits.

You went to a marriage counselor… You blamed your partner for your problems, your partner blamed you. You two were pointing fingers at each other. A shouting match started, yelling, screaming… Then one of you stormed out of the office…

You are not ready to give up on your relationship for whatever reason and you want that spark back… The beauty of going to a hypnotherapist is that unlike going to a counselor, neither one of you have to talk. Just state your problem and let the hypnotherapist do all the work. Wouldn’t that be great?

Some couples seek marriage counseling for more than 10 years without resolving their issues. Some experts say that many therapists lack the skills to work with couples who are in serious trouble. They are unable to help angry couples get to the root of their conflict and achieve a resolution, therefore sometimes couples therapy can do more harm than good when the therapist doesn’t know how to help a couple. Some couples even reported that their therapist hurt their marriage, resulting in a divorce. Studies showed that 25% of couples are worse off after therapy than they were when they started, and up to 38% percent ends up in divorce.

If all your efforts to save your relationship failed but your life with each other is still worth saving, give hypnotherapy a chance before you call it quits.

A skilled and experienced hypnotherapist can help you recognize and resolve your conflicts, improve and rebuild your relationship, improve your communication with each other and put the spark back in through hypnotherapy. With the help of hypnotherapy you can relax and be kinder and more understanding towards each other while able to see your problems from a different perspective. You can resolve your issues with each other in much less time than with talk therapy.

Virginia Beach Hypnosis … I am the only experienced and licensed hypnotherapist who offers couples therapy through hypnosis with great success in the Hampton Roads area.

Please note that, I do NOT help couples with domestic violence. If you are a victim of domestic violence, please contact the police or a local shelter or crisis center for emergency support.

I don’t help couples if their problems are caused by alcohol or drug abuse either. The substance abuser must receive individual hypnotherapy sessions to cure his/her addiction first, and then they can seek help as couples.

FAMOUS PEOPLE WHO CHEATED ON THEIR PARTNERS

After being married for 25 years Arnold Schwarzenegger cheated on his beautiful wife Maria Shriver with their ugly cleaning lady Mildred Patricia Baena. Arnold and Mildred even had a baby boy together. Keeping her dignity and pride, Maria divorced Arnold.

The former President Bill Clinton cheated on his wife Hillary with Monica Lewinsky.

Prince Charles cheated on his beautiful wife Diana with the ugly Camilla Parker.

Hugh Grant cheated on his beautiful girlfriend Liz Hurley with a hooker.

Jude Law cheated on his wife Sienna Miller with the babysitter of his children from his previous marriage.

Mario Lopez cheated on his wife Ali Landry after being married only 2 weeks. She divorced him.

Kim Kardashian cheated on her husband Kris Humphries with Kanye West after being married only 72 days.

Tiger Woods cheated on his beautiful wife Elin Nordegren with 19 women during 5 years marriage. As a result, she divorced him.

Jesse James cheated on Sandra Bullock. As a result, she divorced him.

Ethan Hawke cheated on his beautifil wife Uma Thurman with their babysitter. Later he married the babysitter.

Mel Gibson cheated on his wife Robyn Moore after 26 years of marriage. As a result, she divorced him.

Eddie Fisher cheated on his wife Debbie Reynolds. Later they divorced. Reynolds and Fisher wed in 1955, but got divorced four years later after Fisher fell for Elizabeth Taylor.

After more than seven years of marriage, Ryan Phillippe and Reese Witherspoon divorced amid rumors that Phillippe cheated with his “Stop-Loss” co-star Abbie Cornish in 2006.

Kobe Bryant cheated on his wife Venessa with many women. Later they divorced.

Hypnotherapy can really help you relax and have happier relationships!

To fill out an Application Form, please click HERE

Interested in learning more about Hypnotherapy? Check out the International Medical and Dental Hypnotherapy Association.